The latest news from the NETT racing series. 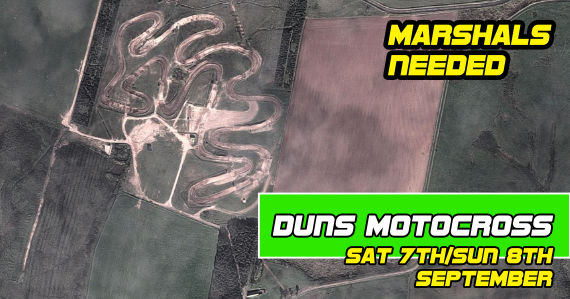 MARSHALS - We are still looking for Marshals, the same faces keep coming forward and we need some new ones to join them.  We are about 6 short.  If we do not have marshals you will not be able to race so please ask around and bring one or come forward and volunteer.  If we do not know in advance this will delay the start of racing.  You get paid £30 per day plus your lunch.  Please call Jo on 07910 243788

TOMBOLA - Remember to bring a bottle, chocolates, biscuits, cakes, sweets, anything that can be put on a tombola, and of course your money to buy the tickets :)

DUNS TRACK POSTCODE - TD11 3NS.  Most of you may remember that the entrance would be accessed through an entrance to the Farm. This has now changed and is a gated entrance just past the old farm road.  There is a sign at the farm entrance saying "straight on for Duns MX" 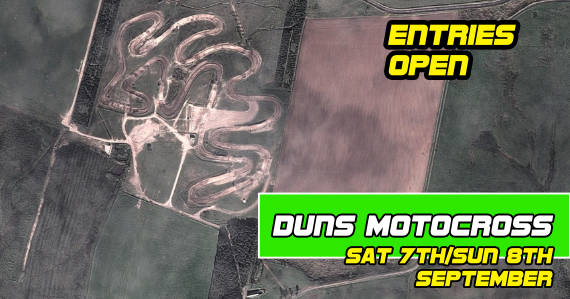 It's only 11 days till race day and to date we have 4 entries each day. I know you have all been busy with holidays and racing etc. Entries are open online for this event and the permit number is ACU56873. The deadline for entries is Thursday 5th September - only 9 days away.

Last year we held a cake stall for Macmillan on the Saturday tea time. For a change, this year we will hold a tombola. So we will be looking for contributions for this. Bring what you can, whether it be a bottle, a cake, a game, biscuits, sweets, anything at all. All proceeds to go to Macmillan. 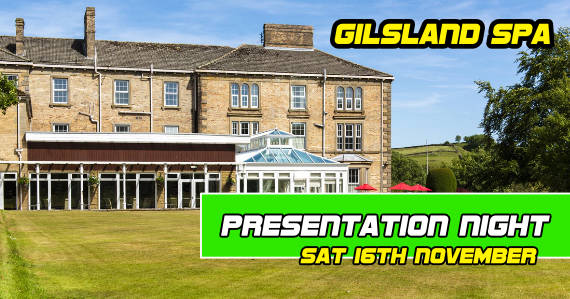 The date for the presentation night is Saturday 16th November at Gilsland Hotel. More rooms have been made available so if you want one please can you reserve asap as they will be released back to the hotel mid October. You can only do this via phone and the number is 01697 747203. Please also book your tickets with Gill Nixon on 01434 683766.

Due to circumstances out-with our control we have changed the venue for our Club rounds 7 and 8 to Duns Motocross, Langton Lees, Duns, TD11 3NS.

The event date remains the same, as does the race format, being Club rounds only, quads and side-cars. The track at Duns is situated reasonably close to the original venue so any travel plans should be unaffected.

The NETT Club has seen great racing at Duns in prior years and we look forward to seeing you all at our final two rounds of 2019.

The weekend at Dean Moor started very wet and windy so the racing was held back for a little while with the promise of it drying up around 11am. The adults went out first to clear the track for the kids but in all fairness, the first block of racing was wet and muddy.

Racing went according to plan all weekend after that with no hiccups with minimal paramedic/medical intervention all weekend. Everyone seemed to enjoy their days racing and the rain held off, or at least until it was time to empty the bins!!!

Over the weekend there was various fund raising events taking place. There was a cake stall both days, a cream tea served by a butler in the buff (sorry Albert, couldn't resist), and an Auction on Saturday evening in the beer tent.

The cakes went down a storm, and I think Maddy has just about recovered from her cream tea, but the auction was the place to be with some excellent items donated to auction off. Items were donated from all corners - riders, passengers, photographers, ACU and many others. Thank you all.

There was many highlights of the night but a couple that stood out was when Josh Chamberlain auctioned off his third place trophy from Strasbessenbach, Germany. George (known as Grandson No2 to Eric Maguire) was desperate to win it as Josh is one of his hero's. Unfortunately he missed out on it but Paul Hope won the bidding and then gifted it straight to George. The picture on George's face was priceless.

The other moment was when one of our youth members, Jay Sams, who turned 10 prior to the meeting asked if he could auction his birthday cake out of the blue. It was all done up in the NETT colours and logo's. It made a whopping £50.

There was whip round in the beer tent later in the evening for Nathan Robinson and Oliver Sayer to sing what is now known as their Dean Moor Connor Smith Memorial signature song, "Back in the Summer of '69"!

So, you are probably wondering what all this fundraising was about. It was to help send our quad and sidecar teams to Germany to compete in the SMXON and the QXON. We raised over £3,000 and we believe there is still more coming in.

Thank you to everyone who took part, donated or helped with it all. We would also like to thank Darren (Albert) McPherson and his wife Wendy for arranging it.

Thank you also to Bill Smith and Family for his continued generous support with riders competing in both the Cingoli #660 memorial event and the Deanmoor event.

Our biggest thank you goes out to every person that helps on the day to make these meetings happen. Without you all we couldn't do it. There are too many to mention but you all know who you are.

As we move into our next round in September, we wish both the quad and sidecar teams the best of luck in the Nations and hope that the money raised will help achieve your goals. 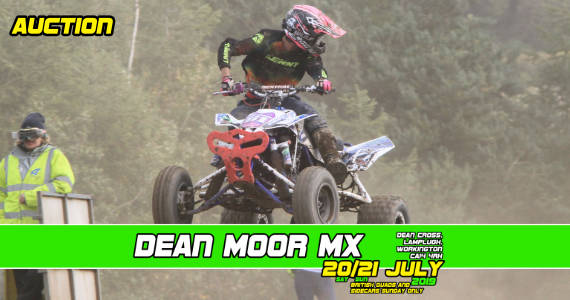 On Saturday evening in the beer tent we will be having an Auction. starting approximately 8pm. Again, any proceeds go towards the SMXON and QXON Teams.

We have had quite a lot of items donated for this, including Wulfsport Clothing, your own choice pictures on canvas, an ACU licence for 2020, memorabilia to name but a few.

Come along and join in.